DJI, the company best known for its Phantom range of quadcopters, is launching a new device for handheld filming.

The DJI Osmo is a handheld, three-axis stabiliser coupled with DJI’s Zenmuse X3 camera, also used on the company’s Inspire 1 drone. The camera unit is capable of up to 4K video and uses a 1/2.3-inch, 12 megapixel sensor.

Film makers wanting a larger sensor can upgrade to the Zenmuse X5 – which is based on a 16MP, 4/3 chip, or the X5R, which is capable of RAW recording. To use the X5 cameras, Osmo owners need to buy an adapter.

The Osmo system is made up of three main parts: the camera, the gimbal, and the handle. The handle contains the system’s battery, a microphone, 3.5mm mic jack and a fold-out holder for a smartphone, which doubles as a remote control and viewfinder. The Osmo can be controlled via DJI’s DJI GO app, although the Osmo is designed so it can be operated equally well from just the handle.

Aside from 4K video, the Osmo has a range of other functions, including automatic panoramas and stabilised, long-exposure stills; the company claims a new user can manage an exposure of up to two seconds, and longer exposures should be possible with practice.

The company is also positioning the Osmo as an alternative to established action and point of view cameras, such as the Go Pro, and is producing a range of accessories, including bike and vehicle mounts, as well as extension arms and rods, and a tripod. A Universal Mount comes with a cold shoe and threads for adding other accessories, such as a microphone or light.

DJI also sells the Osmo handle separately, so Inspire 1 – or other Zenmuse camera owners – can convert their existing camera and gimbal to handheld use.

DJI have produced a promotional video for the Osmo: 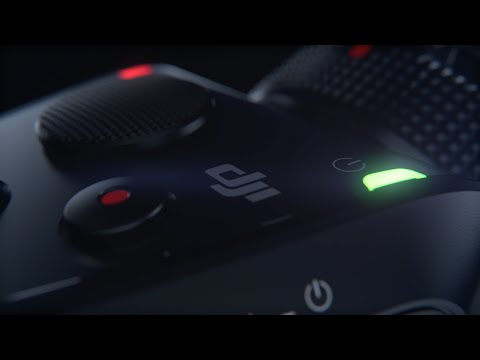 New offerings include an upgraded 4K DJI Phantom 3, and Disco, a fixed-wing camera drone from Parrot […]

Drones can do more than film, according to this seasonal video from DJI […]