NAB: Blackmagic Design, the company behind the Cinema Camera and DaVinci Resolve, is moving into the live studio production camera market.

The Blackmagic Studio Camera is based around a Micro Four Thirds lens mount,
which is an active design. This couples to a camera unit based on a magnesium body, and a 10-inch screen, which is also the viewfinder. The camera has a built-in battery which, Blackmagic says, runs for up to four hours.

The new camera comes in two models, a 4K design, with up to 60fps, and a lower-cost, HD version. Both cameras feature XLR audio with phantom power.

The main appeal of the cameras, though, is their studio features and tight integration with other Blackmagic production kit. Although these are not robotic cameras, but designed instead for an operator to use. But the cameras can also be controlled from any Blackmagic ATEM production switcher, via a software upgrade to the switcher.

The ATEM Camera Control Update will provide control over iris, focus and gain over existing SDI connections, as well as real-time colour correction based on the DaVinci Resolve interface. This will appear as a new page on the ATEM controller software.

Fibre and talk back

As well as SDI connections, the new cameras will offer fibre connectivity. The fibre link is bi-directional and carries video and sound feeds, but also handles tally and talkback, as well as camera remote control. This allows crews using the studio cameras to keep in constant contact with the director and producer, with talkback via a standard general aviation headset. 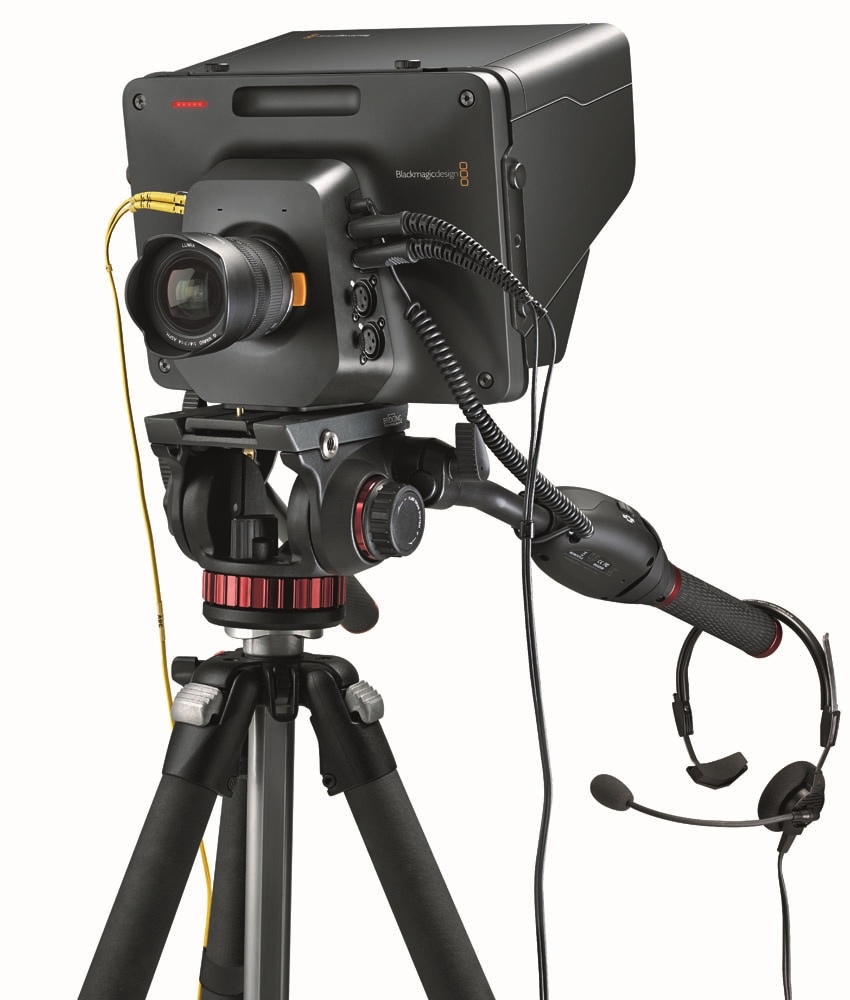 New offerings include an upgraded 4K DJI Phantom 3, and Disco, a fixed-wing camera drone from Parrot […]