Panasonic has announced three new consumer camcorders of interest to film-makers on a budget. All three feature an HDR mode for video, and two record in 4K. This comes after the launch of Panasonic’s semi-pro HC-X1000 4K camcorder.

The two 4K cameras’ features are broadly similar, with 4K recording as MP4 and the option of AVCHD for HD video. The higher-end HC-WX970, however, includes a second camera, based on a ¼-inch chip, which can record the videographer’s image for a picture-in-picture effect.

Along with the other new camcorders HC-WX970 features a mic input and headphone socket, both on 3.5mm jacks, as well as a cold shoe; settings are controlled using a multi-function wheel by the lens or from on-screen menus. None of the new camcorders, though, feature a separate electronic viewfinder.

Each camcorder does, though, come with WiFi for remote control, and a feature called Wireless Twin Camera. Using this, videographers can add a second image, from a smartphone, to their footage.

Unusually, the HC-WX970 supports high frame rate recording — 120fps in HD, for NTSC, which the camera can interpolate to 240fps for even greater slo-mo effects.

Also likely to be of interest to professional film makers looking for a low-cost camera, is Panasonic’s implementation of HDR. Again, featured on all three new camcorders, the HDR system uses two exposures for each frame, to capture improved shadows and highlights.

HDR technology has been available on stills cameras – and on smartphones, including the iPhone, for some time now. However, Panasonic says this is the first time it has been included on a camcorder of this type. The manufacturer has created a short video clip showing different scenes with HDR on and off. 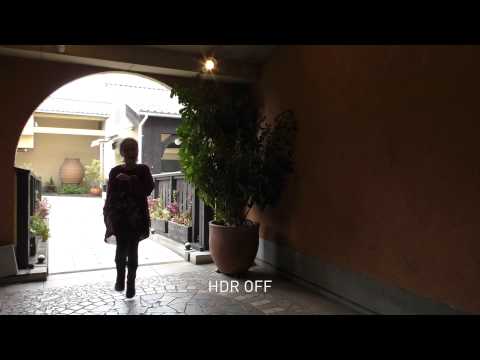 LUMIX S Series will use Leica’s L mount and be first to support 4K video at 60fps. […]