Sony has announced a new APS-C compact system camera, and its first to record 4K video.

The A6300 claims the world’s fastest autofocus for a camera in its class, and it features 425 AF points, and supports AF tracking. Sony has added a system called 4D Autofocus to the camera, which it says improves tracking on moving subjects. The mirrorless camera also captures up to 11 frames a second in stills mode.

Sony, though, has also boosted the video features on the new camera making it a far more advanced proposition for film making than the earlier, A6000.

Although the A6000 was widely respected for the cleanness of its HD video, the camera had no conventional audio input. Instead, it relies on Sony’s proprietary MI shoe, and an accessory microphone module.

The A6300 retains the MI shoe, and the new model is compatible with the XLR-K1M dual input XLR Adapter Kit as well as the XLR-K2M, which both include a shotgun mic, and the ECM-XYST1M stereo mic module. However, the camera also features a standard 3.5mm mic jack for connecting third-party audio equipment. There is no headphone port, although the A6300’s screen does show audio levels.

The camera has a micro HDMI port for outputting video, with an uncompressed, 8-bit 4:2:2 signal, as well as video features such as focus peaking, and an EVF as well as the rear LCD screen.

Video recording is in Sony’s XAVC-S format, with support for S-Log2 and S-Log3, advanced features for what is, essentially, a consumer compact camera. The dynamic range is said to be 14 stops.

A gamma assist function allows film makers to check how their image would appear, graded to TV standard REC709, and the camera supports timecode – although there are no conventional timecode input or output ports.

The most interesting video feature, though, is set to be the A6300’s 4K resolution. The camera can film in UHD mode at 100mbps or 60mpbs.

There is no Cinema 4K mode, but the camera can capture – slightly cropped – HD video at high frame rates, for slow motion effects. Sensitivity for video is up to 25,600.

Sony says that the A6300’s 4K image is captured without any pixel binning, but instead is oversampled from a 6K, Super35mm read out of the sensor. This avoids the additional cropping used on cameras such as the Nikon D500 or the Panasonic GH4.

Sony has yet to confirm European pricing, but it is expected to be around £1000 or €1200. The camera is available for pre-order in the US for $998 at retailers such as B&H.

Sony has prepared a promotional video to show the camera’s video capabilities: 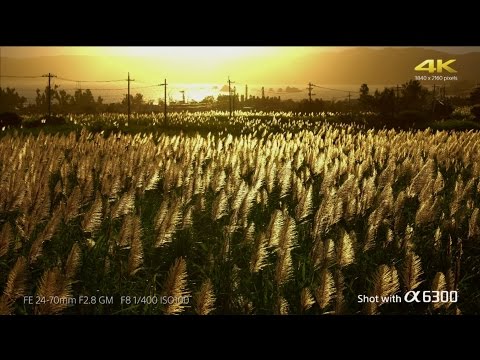